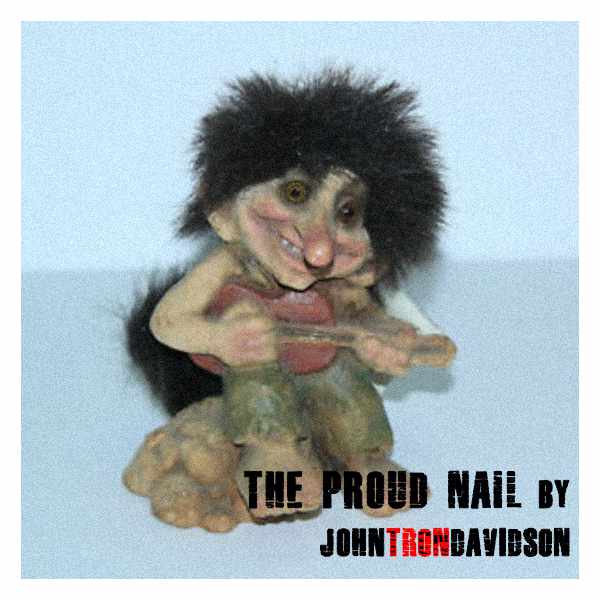 Originally published by Break The Machine, I wrote this piece to address one of my least favourite things – online guitar culture. Big thanks to Andy for sending it out, and for his constant support of the Rep.
– JTD

If you’ve been anywhere near the internet you’ll know about the golden rule – don’t read the comments. For as long as there have been people, there’s been other people telling them they’re doing it wrong, and no musical sect does it quite as much as guitarists. Facebook groups, Twitter posts and YouTube comment sections and choking with snide, churlish put-downs and backhanded compliments, to say nothing of the wastelands of Reddit. Today, let’s peer into this honking well, and see if we can’t figure out how it got so bad, and what might be done about it.

Actually
Online dismissiveness is by no means a musical exclusive. If you’re into something, someone else isn’t and they’ll tell you. Of all the musical instruments, us 6+ stringers are the worst offenders. This pedal is trash, this guy can’t play, I hate you, kill yourself – these are pretty normal things online, and everyone has a different way of dealing with it. People like Ryan Burke of 60 Cycle Hum tries to brush it off with humour, Fluff of Riffs & Beards tries to reason, some people ignore it, others go to war. Internet bullies are nothing new – the little boys club trying to be men where they know they can’t be reached. Discussion becomes name-calling, name-calling becomes dogpiling, dogpiling becomes instructions on suicide – some people skip the fluffy stuff and go to the threats immediately. Have the audacity to be a woman and you unlock the Sex Threat/Harassment tier, where the Nice Guys will demand to sleep with you before or after gifting you their advice.

Strat > Les Paul
The big shift of the last few years has been the abandonment of anonymity. As such conduct became more commonplace, people stopped caring about the shroud of user handles that Twitter and YouTube proffered, and attacking people with your full name on display on sites like Facebook became the norm. It’s incredible to see how many threads get started in groups with statements like ‘I bought this and I hate it I knew it would be sh*t’, worded deliberately to provoke an argument. Accusations that are, in the most generous sense, ‘off-topic’ start flying about because everyone believes that *theirs* will be the statement to end the feud one way or another. Of course, man is a more stubborn creature than that.

True Bypass
The bigger issue here is why anyone feels the need to tell people they don’t like something, as if it matters. If you don’t like someone’s playing, being as hurtful and personal as you can doesn’t change it – it only stops that person from making music. Let’s not pretend for even the briefest of moments that we haven’t had those exchanges with people online stuck in our heads for days, imagining scenarios where we shut them down or break the cycle of them being a self-important bully, striking at the world because they can’t change their life. When you act this way, you don’t improve anything – you make someone else’s life worse. The reason why these situations escalate is because being unkind to each other can only escalate. There is no upside.

lol
Don’t get too down though. Potential for positivity does exist on the internet, and within guitar culture. It’s just buried in a tumult of self-hatred and misplaced anger. A number of groups actively encourage their members, support discussion and learning, and try and assist each other. Pedal groups are among the more helpful, particularly when it comes to the physicality of the job in question. Some communities are genuinely out to develop and lift each other up, irrespective of their differences. These groups feel different when you’re in them, because that welcoming, open feeling is better to experience than letting the salty horror of pointless dribble consume you as yet another sentence starts with ‘Well I…’.

At The Gates
The biggest issue here is a question of gatekeeping. We like to feel important, and when another person pokes a hole in that feeling by devaluing a scene, misusing terminology or demonstrating a lack of understanding, the principle reaction of many is not to explain, but to attack. It’s an age-old music snob debate, and remains in every field of endeavour that you could conceive. The thing is, our knowledge about cabinet impedance and signal paths doesn’t have any value outside of the world of music. This means that we’re inclined instinctively to protect that world, because it’s inside this world that we mean something, and where we make sense. Put an incredible shredder in charge of carpet manufacture or food processing and no amount of Locrian embellishments will help the factory make its deadline.

So What?
All solutions to matters arising from social conduct are more complex than a single act. Aggression, however big or small, stems from myriad issues pertaining to the nature of online interactions, social conditioning, and unspoken codes of conduct. A lot of interaction online, however, comes down to self-worth. The feeling of taking someone down a peg in the virtual environment makes us feel bigger, and that’s not a thing to be dismissed. It’s why so many compilations of fails or videos with the title ‘…owned by…’ exist, because we love to get one over on another person, even if we’ve never met them. Being in the plectrum field I get this sort of thing a bit, and every time I engage with the people in question they’re trying to drop a funny line so they can step back and look at their handiwork. Once you get talking, there’s no real malice there, just the idea that by trying to hurt someone they’re going to gain some sort of kudos.

Whatever
It would be foolish to think that such behaviour will ever be eradicated – there’s far too many factors at play to be unwoven without complex effort, and no-one wants to take the boring, long way round. Instead, the best thing we can do is talk it out. Take the aggression out of online interaction, and you’ve got conversation. Deleting comments and blocking people just sends them elsewhere – their resolve strengthens out of hurt and gets worse. Don’t try and be a smart guy, ask them something, try and find out why they’re saying what they’re saying. It’s the long game, but it’s the only one that sees results. Shouting at each other gets us nowhere.