Tales From The Pick – Dunlop The Wedge 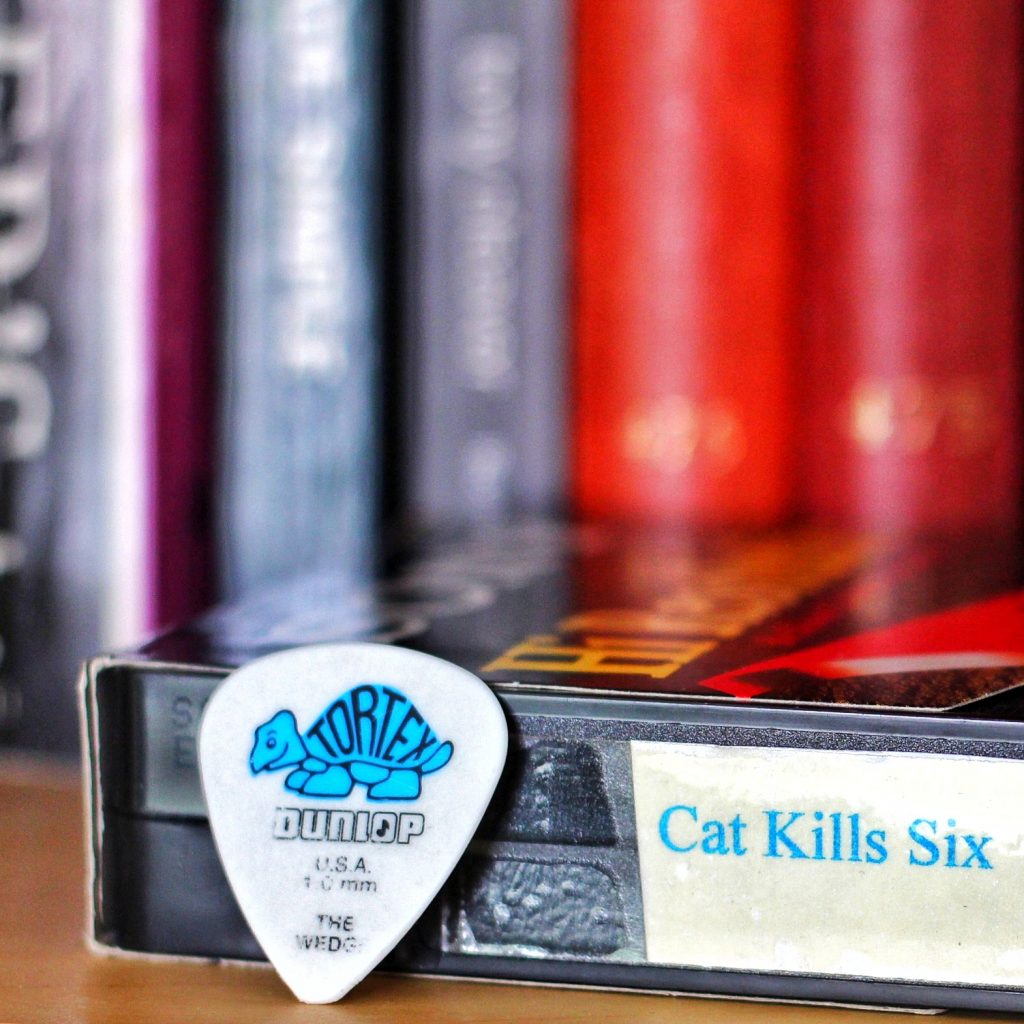 We were so tense.

There are those venues in your local scene that you hope to get the chance to play. In 2001-era Glasgow, King Tut’s was the place.

Dave the booker gave us 100 tickets. Past a certain point, you kept what you sold, in addition to a cut of the door. Hounding our friends and peers for weeks prior, I combed the city in my ’91 Sierra hunting down everyone I could. Wide-eyed and hopeful, I can’t imagine how irritating and relentless I must have been: “You coming? £3 a go!”

The scene was completely different then. Internet communication was still confined to campus computers, and most advertising was still by monthly flyers and word of mouth. Despite there being up to 5 bands a night in there 7 days a week, you’d have thought it was the final entry point for heaven. The whole book of who’s had played in there, and we were going to join them.

At this point, I am 20. I’ve been playing in bands for 5 years. My bandmates are a trainee architect and a part-time security guard. We’ve been rehearsing in a railway arch, run by a man who would later chase me with flaming nunchucks from an ATV. We’re playing the basements of café’s, on the bare, uneven concrete floors of tea houses – being booked at an hours’ notice to headline and bring the drums, because someone pulled out and the other band are from out of town and need to get up the road. We’re smoking Camel Blues and cheap weed, staying up late watching old kung fu films and quoting Spinal Tap. We’re renting vans from shady places who don’t take your name or give you a spare tyre. And all the while, we’re dreaming of this show.

Every possible cliché takes place that evening. Constantly up and down the stairs making sure we’ve spoken to everyone. A million frantic trips to the toilet. Terrible stage chat. The girls from work whooping between songs. Missed cues, playing too fast, racing hearts and apprehension.

For all that, I can’t remember who we played with. What I do remember is that this pick was there. I’d had it ordered into CC Music, because I understood that it was wider at the top and more tapered than the pink 500 series I’d been using. But more importantly, it was different.

I wanted to be different. I felt very ordinary, and that the music I made wasn’t soft or heavy enough. I wanted to be someone, but I wasn’t – just another person working retail, in a band. I was supremely, unwaveringly attached to it. After years of moving house and never having a chance to settle, I was finally with other people who were a bit like me, and I was thinking of a future.

It never came, but I have the memories of what did happen. I remember standing up there, house music fading out, feeling like I was a flailing monster when I’m standing mostly still. I remember trying to hold good poses for the family camera, singing and playing as hard as I could, and being someone.

As I write this, the memory of the limbo between walking onstage and starting to play is physical. It’s the fulcrum between the day job and the night-time, a portal between worlds. I’ve lost track of how many times I’ve done it since, with or without material, in bands I’ve loved, bands I haven’t, or on my own. Still, that plectrum takes me there again, when only the next show mattered, and each step went up the mountain.