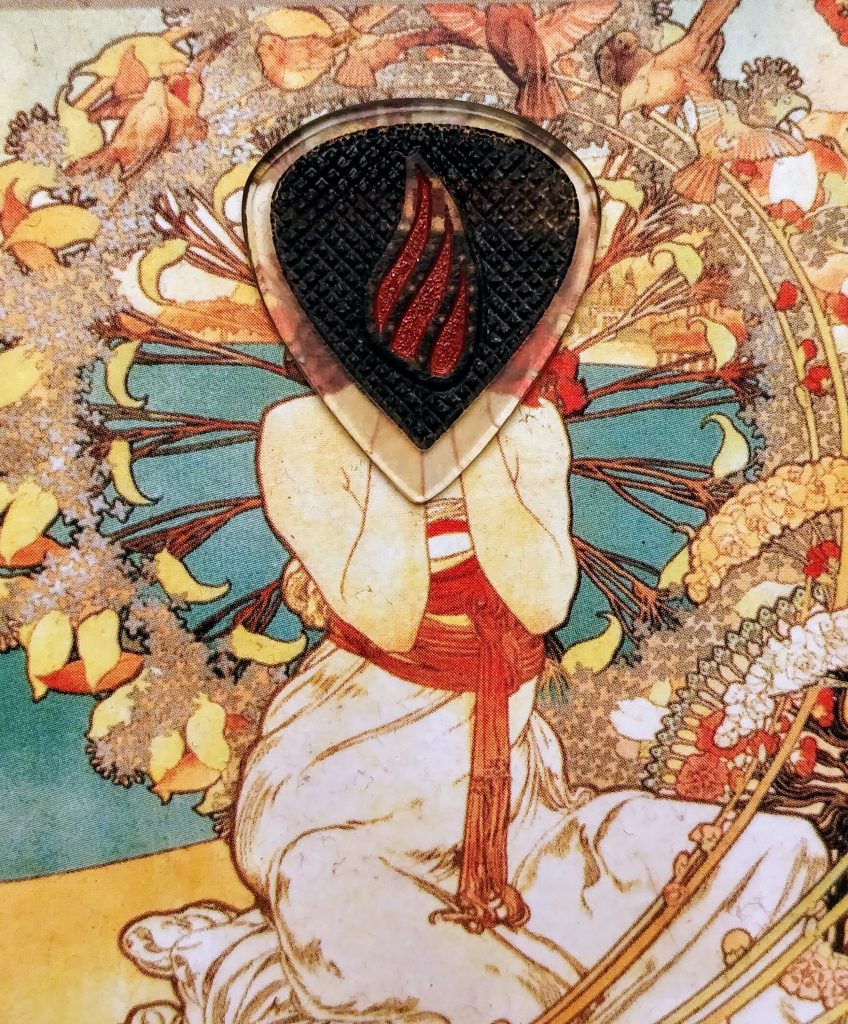 Earlier this year circumstances forced me to part company with my American Jazz, and as things have been slowly improving and I came into a lump of birthday wedge I have replaced my lost comrade with a 1983 Westone Thunder II.

This is important, not only because I’ve always wanted one of these crippilingly heavy and totally underrated instruments, but because it’s strung with flatwounds – which I prefer to roundwound strings – and I wanted to play with a pick on bass again, I had a hard time finding something in my collection that would work. Flats give a lot of click when a pick is involved, especially heavier gauges, and after trying many, many things I picked up my Winspear Instrumental Fountainhead Signature and lone behold – victory.

I got this 2mm Ultem implement a while ago, and initially I didn’t get on with it. I was playing picks north of of 3mm, and as it tapers from 2 to 1mm it felt thin, ponky and a bit weird. Played on flats though, it brought out all the top end so naturally absent in such strings, and I got right in about writing a ream of new material. When I switched to the guitar, the biting, pointed tone was so spot on for what I was doing that I had a brand new appreciation for this pick, so here we are.

The grip is, as it struck me initially, insane. Tom Winspears’ pistol-grip cuts are dead on, and the bevels, while small, are smashing. As this plectrum was designed for Tom Geldschläger – formerly of tech-metallers Obscura – it isn’t what I’d call my favourite for acoustic work, but as it was in no way meant for this purpose, that’s hardly a crime. On both electric and bass though, it’s an utterly focused, pitilessly controllable tool for any sort of player, especially if you want to move at speed.

Mr. Winspear is currently updating his entire website after moving to a new premises – he makes some banging stuff and as he’s redesigning his entire range, keep your eyes on the site to get your hands on one of these, and if you’re a Jazz III fan but wish the legend had a teeny bit of flex and miles more grip, this is the pick for you. Swift!