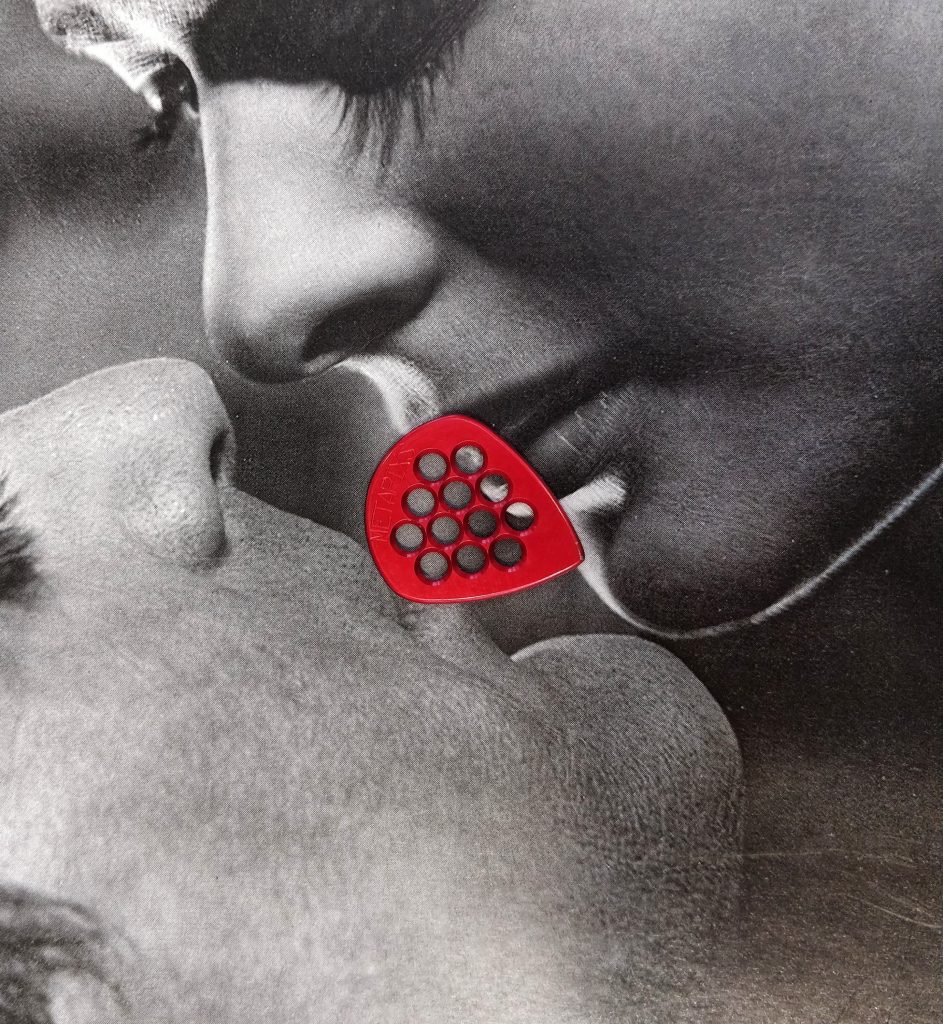 Immediately, the idea of metal picks will make you think things. If, like me, you were a teenager in the ’90s, you’ll be thinking of TechPick and their string-murdering steel plectrums (still in production today!). If you’re a Queen devotee you might imagine Brian May‘s coin, but either way, you’ll likely fall into one of three mindsets: hooray, huroo, or hmmm. Luckily, metal picks have come a long way from their deadly origins, with makers like Rock Hard, Tantris and T1 all proving that steel is a viable material for striking your strings.

Much like with plastic, there’s always an alternative, and indeed, I present to you the newest kid on the metal block, Metapixs. Crafted in California, USA by a bloke called Dan who chooses to use a scalloped fingerboard, Metapixs are designed to strike fast and hard, with maximum grip and incredible wear resistance. This is the aim of every pick company though, and given metal’s notoriously niche appeal in the plectrum world, how does this holey hero fare?

Let’s start with the fundamentals. Metapixs are made from recycled aluminium, and are, in truth, more hole than pick. I was initially sceptical of this approach, but if anything, the Red has almost too much grip. The best way I can describe it is that if you grip the plectrum more loosely than you normally would, it’ll cling in there no bother, and the non-existent weight means that fatigue from the plectrum itself is borderline impossible. At 1.25mm it’s not exactly a Hufschmid-bordering colossus, and as it’s openly based on the perennial Jazz III, shredders of any variety will find much to love here.

Tonally speaking, the Red is extremely clear, with a forceful character that favours the upper mids. I found myself doing pinches all over the place, even when they were grossly inappropriate, which was chiefly due to the tiny size and pronounced tip. There’s an innate joy to this plectrum, which I like to think comes from the thought behind it, as Dan does seem to be quite an excited chap. The Red has good note separation when chording, and if you’re a hybrid picker like me, the total lack of weight is ace.

If I were to single out any downsides, as I must, they would chiefly be size related. Metapixs is still fresh to the game, and this is only the first of a number of upcoming designs, but I’d be raving about this a lot more if it was bigger. With the majority of guitar players utilising 351’s, even a Jazz XL size would be amazing, and the surprising softness that this thing is capable of means it should reach a wide demographic. Chirp is fairly minimal in this instance, and my only real complaint would be the feeling on non-coated strings. As I said in the last Sunday Special video – which you can see at the bottom of this review – against non-coated strings I was extremely conscious of using this thing, whereas coated strings (Elixir etc) felt like hard silk.

No messing – if you use a Jazz III, try these immediately. For the money they’re hilariously good, with only the mildest of pain tarnishing even after a serious thrashing. The aluminium seems to wear evenly without nicking, and there’s a genuine quality feel all over these. As I said, the size/coating aspect is the main issue, and although I wouldn’t use these on an acoustic, that’s not really what they’re for – I don’t get mad that my screwdriver doesn’t hammer things, so I wasn’t surprised that a pick deliberately crafted for shred didn’t work that well on acoustic. However, if you’re an electric player who’s looking to get that extra edge and like to buy their picks once only, Metapixs are worthy of your immediate investigation. Smashing!