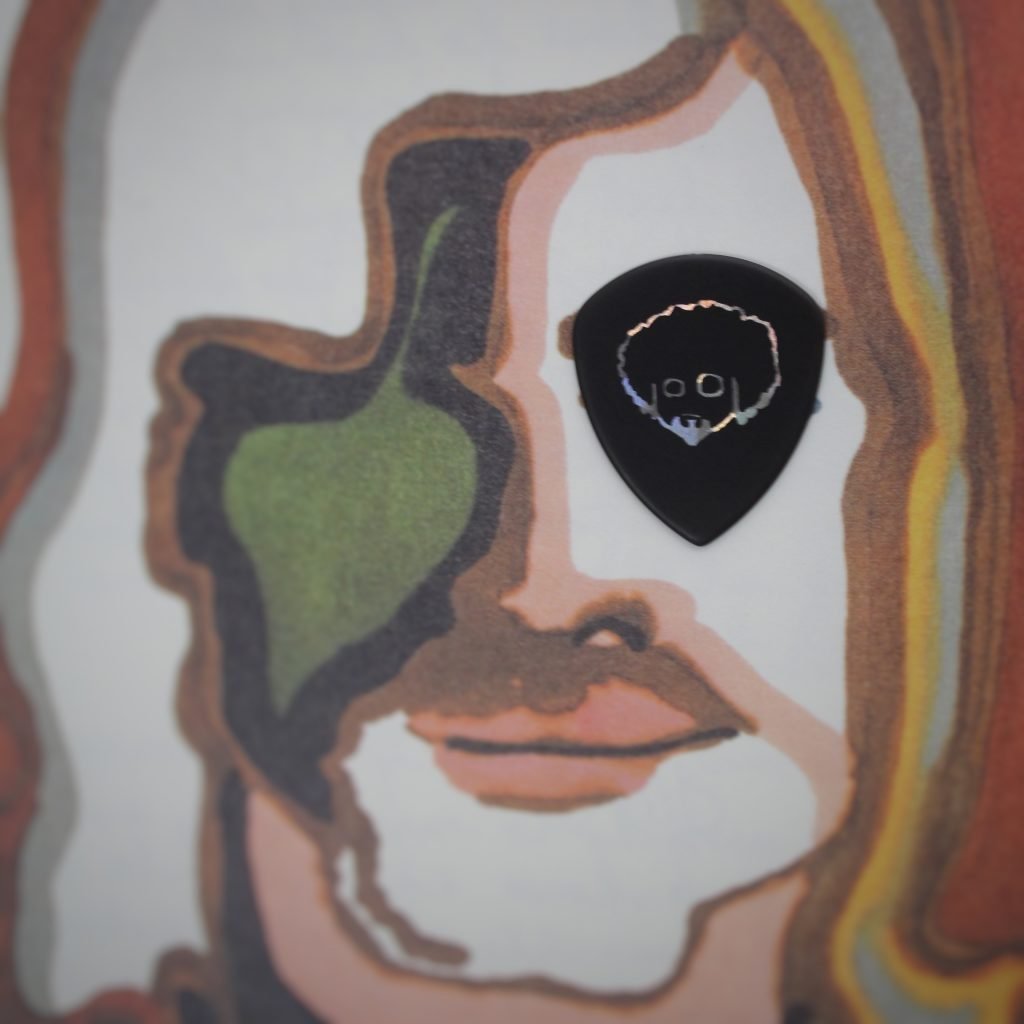 “Man suffers only because he takes seriously what the gods made for fun.”
― Alan Watts

Getting your own Dunlop signature model is no small thing. The current lineup of artists that Jim’s company have attributed sigs too are people like John Petrucci, Jeff Loomis, Matt Heafy, Tosin Abasi and Andy James, and while there’s been plenty of regular picks with unique graphics, having a gauge, material and shape that’s yours is a big deal. Rising through his work with Dorje and Toska, Rabea Massaad has built a firm, invigorating resume from his work with Chapman Guitars and Victory Amps, not to mention his abundant presence on YouTube. Today, let’s have a look at the pick that bears his likeness, and find out how she floats.

Zero
Before we delve into this review, I’d like to reiterate the Signature Pick Rules. When an artist specifies something, that item is then designed to work for them. J Mascis has been known to set his guitars up with a high action. Billy Gibbons strings his guitars with dental floss. If you’re into an artist, that doesn’t mean their tools will work for you, so please manage your expectations when ordering!

Give It Watcha Got
Essentially a Dunlop Flow Series with Massaad’s face on, the Bea is 29mm long and 25mm at the shoulders, with a thickness of 1mm. It’s made from Ultex, the same material as the Hetfield White/Black Fang and the Abasi AAL signature, with more flex than the former and less than the latter. There’s no additional grips, as in the Primetone series, but the surface of the Bea is a very lightly distressed matte, so it should work for all but the driest of hands. The tip is gently rounded, and these elements push the tonal emphasis into the upper mids and treble with no discernible string noise.

Flower Of Life
It must be noted that Massaad’s style is heavy, but not especially aggressive. Because he’s covering a lot of ground and not just mercing downtuned tech-metal, having a pick that can do lighter, more flick-based rhythms is quite important, which may be why he’s opted for a hard material at a lower thickness. Ultex has a very stiff sound when the depth passes 1.5mm, with the attack being tempered by oblique bevels and rounded tips. At this thickness and density, there’s a lot of scope for funk, choppier chord work and speedy single-note runs. While heftier plectrums would definitely yield more power, the physicality of the Bea is very pleasant, with a welcoming, warm quality to it. Compared to the oddly serious Hetfield White Fang 1mm and the aforementioned Abasi, it’s definitely more fun.

White Dove
The flex is what does the good work. It’s got the classic Ultex ‘ponk’ with a slightly floppy quality, and it’s this slackness that uncovers the Bea’s real charm. While picks like the Petrucci Trinity can feel a little absent, sitting as they do between thick and thin, the swept slopes of the Bea make it a laugh to use. For the ultra-aggro shredder raised on the Jazz III, it might be a little loose in delivery, but spending a bit of time with this 1mm number makes darker, more rigid picks feel needlessly dramatic. It sounds a little bit thin on acoustic, though it’s more than capable of being used for extended periods for strummed work.

Catalyst
Compared to the rest of the Flow Series Artist picks, the Bea is oddly relaxing. Not as taut and brutal as the Andy James, as academic and focused as the Petrucci or as limp as the Abasi, but it’s more enjoyable. As a player who favours picks around the 3mm mark, it’s a rare occasion when a pick that I wouldn’t get on with on paper ends up being so good. It’s like that person at work who gets your sense of humour but works in another department – you don’t always see each other but you have a blast before you go back to your day gig. I get the feeling that this wasn’t aimed at a crowd any bigger than Massaad himself, and the absence of pressure on this model to deliver one specific style means it’ll take to most electric applications with a pleasing, surefooted nature. Nice.