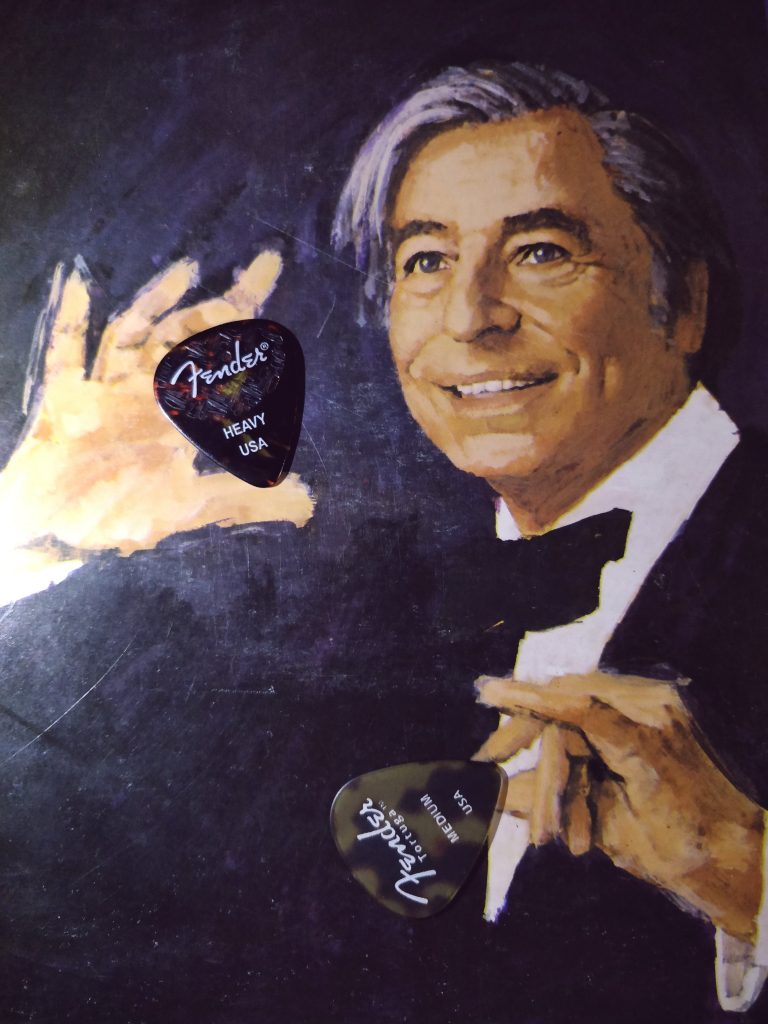 Although it’s something that you probably don’t think about very much, Fender makes a lot of picks. The Big F has been knocking out plectrums for years, and those of us who grew up in the ’90s will have had their hands on the masterclass in disintegration that is the Gel series, as well as those huge triangle ones that you always seemed to have even if you’d never bought them.

Recently, Leo’s lot have elected to release new picks called the Wavelength and Tortuga, and thanks to the top cats at Project Music in Exeter, Devon, UK, I’ve got a few for testing. Made from Celluloid and Ultem respectively, these two picks look similar but are very different indeed – the Wavelength has recessed grooves for additional grip and comes in a 351 shape, while the broader, longer Tortuga is a 551.

Both of these plectrums are cheap – a six pack of either will cost you £3.50, which puts them up against the titans of off-the-peg plectra, Dunlop. This is a massive summit to approach, and indeed, Fender are gently gunning for this mountain. Pitting them against their Delrin equivalents, the Tortuga is impossibly bright and aggressive – yay Ultem – and the Wavelength is warmer, with a careful, reserved edge to it.

On acoustic, both picks strummed nicely but were a bit lacking in the single-note department. This is a common characteristic of thinner picks – the Tortuga is around .73mm and the Wavelength .88mm – and in all honesty many players are going to be drawn to these for chord work, so this is no great loss. The longer Tortuga was more fun, its hard, eager brashness pushed me into a Spanish feel on both acoustic and electric, where the warmer, slightly shorter Wavelength favoured a more sedate pace. Oddly, the Ultem gripped significantly better than the debossed recesses of its colleague, and during more intense strummed passages the thinner pick came out on top.

In terms of whether these picks can compete with the Dunlop big guns, the answer is yes. Bringing Ultem out of the Jazz III realm and putting it into a more conventional shape is something that Heavy Repping! likes to encourage, and they offer a little additional value for money in that respect. Of the two, the harder, meaner Tortuga gets my vote, as the Wavelength could benefit from spreading its’ grooves over a wider area to really capitalise on the grip side of things. All in all though, a good pairing, and for the money involved, you should definitely try them the next time you’re out pick shopping.