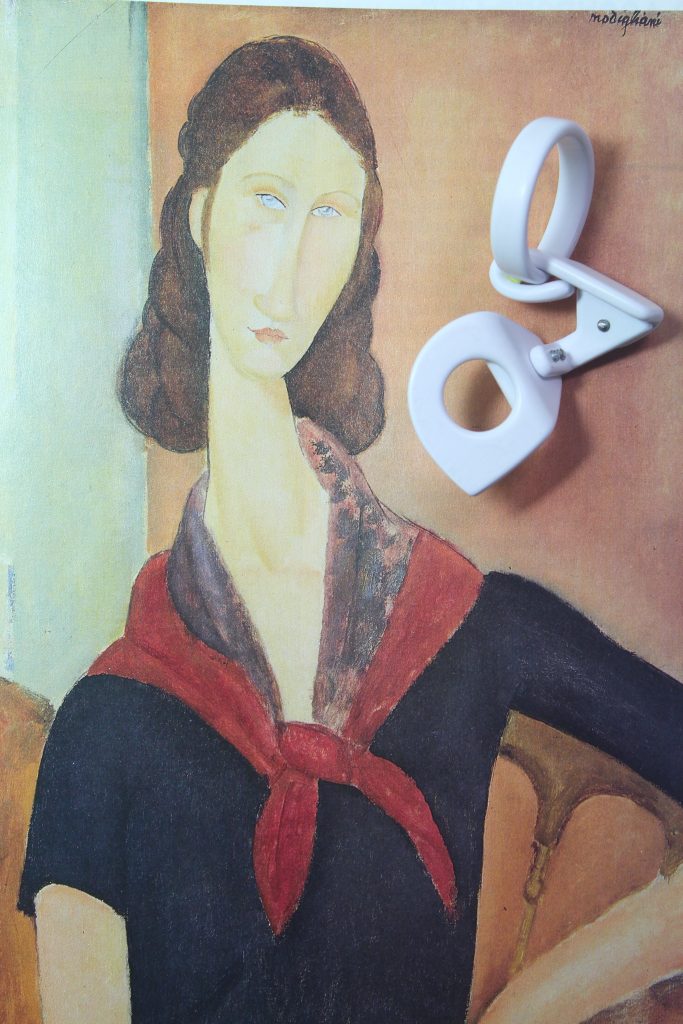 Immediately upon viewing this picture you’re thinking many things – I would ask you to still your mind and hear me out. Firstly, you’re on a blog about picks, so this will definitely be in your field of interest, and secondly, you’re curious. Curious about how this works, how it sounds, why it’s a thing, what it’s for, and so on – dear reader, I am about to explain.

Hailing from Argentina, the Depic Virtuoso is a concoction by Gabriel Wajnerman, a gypsy jazz player of some considerable agility. Unsatisfied with what he was using to play this most plectrum-centric of genres, Gabriel decided that he was going to make his own thing, and without any prior engineering knowledge, elected to bang out his own picks, his way. As common a story as there ever was in the Plectroverse – but the similarities to your conventional plectrier end there. Though 351’s are available, it’s the gloriously over-engineered models like the Digital Ayatollah, Eye Of Horus and Rubik that are the reason why I’ve been posting Mr. Wajnerman’s work every time he uploads a photograph. That information having been disclosed, let’s get to grips with the Virtuoso.

There are 5 components to this outrageous device. The ring that you put around your index finger is interchangeable, and Gabriel provided me with two different sizes. I’d advise using the one up from whatever you think you need, simply because when you get warm you don’t want to be uncomfortable with it on. The next section is the retainer, then a bracket, then the pick itself, and on this model, a plate with a flush screw that your finger leans against. The plectrum part is 3mm, and the whole structure is made by hand from PVC. Not just any old PVC, but the type specifically used to make water pipes. Slick.

As I mentioned in my video on this very topic, my investment into this thing was out of curiosity, and I genuinely didn’t think it would work. I am, as ever, more than happy to have been proved wrong, and shall report the following – however odd you think this is to play with, it’s a lot less weird than that. One of the key features of thicker plectrums is that you don’t have to play as hard, and never before has this been as true as it is with the Virtuoso. The entire thing is there to support you, making use of all the leverage that’s afforded by this system. Once I got used to it, I relished the peace of mind that it wasn’t going anywhere, and I’d like to also state that every time I get it out it feels like an event.

It is worth remembering at this point in the game that this pick was designed for gypsy jazz by a gypsy player. The core physical aspect of Django‘s discipline is that the vast majority of lines and particularly chord progressions are traditionally played with downstrokes, alternate picking being deployed chiefly in the instance of lead work. In application, this makes sense, and while the Virtuoso can be used as a conventional plectrum, that’s not really what it’s for. While I was certainly able to do trem picking and all sorts with this, I could tell the Virtuoso was looking at me with a very curious glance.

Tonally, it’s got more power than an equivalent acrylic plectrum, even going up a full millimetre. There’s a dry, jaunty poke to the sound, which makes complete sense given that it’s been designed for a dry, jaunty style of music, and although I’m not into oblique bevels on the whole, I found it to be uncannily fast through the strings. The finishing is a delight – every aspect is carefully completed, and despite the impeccable whiteness of everything, close inspection under a daylight bulb and magnifying glass reveals a very fine layer of surface distress. I found this to be quite beautiful.

I can state with some confidence that there’s nothing like this in the Plectroverse right now. The closest equivalent would be something like the Snake Pick, but that’s nothing like this at all. It’s clearly been designed for a specific purpose, and while I’m no jazzer, I found it a gratifying, honestly exhilarating assembly. For a pick to be this complex, have 4 utterly unobtrusive screws in it and be so incredibly well thought-out is amazing, and it confirms my suspicions that the modern era of the plectrum is just beginning. It does chirp a fair bit, a result of the material being so stiff, but what a thing! Marvelous.