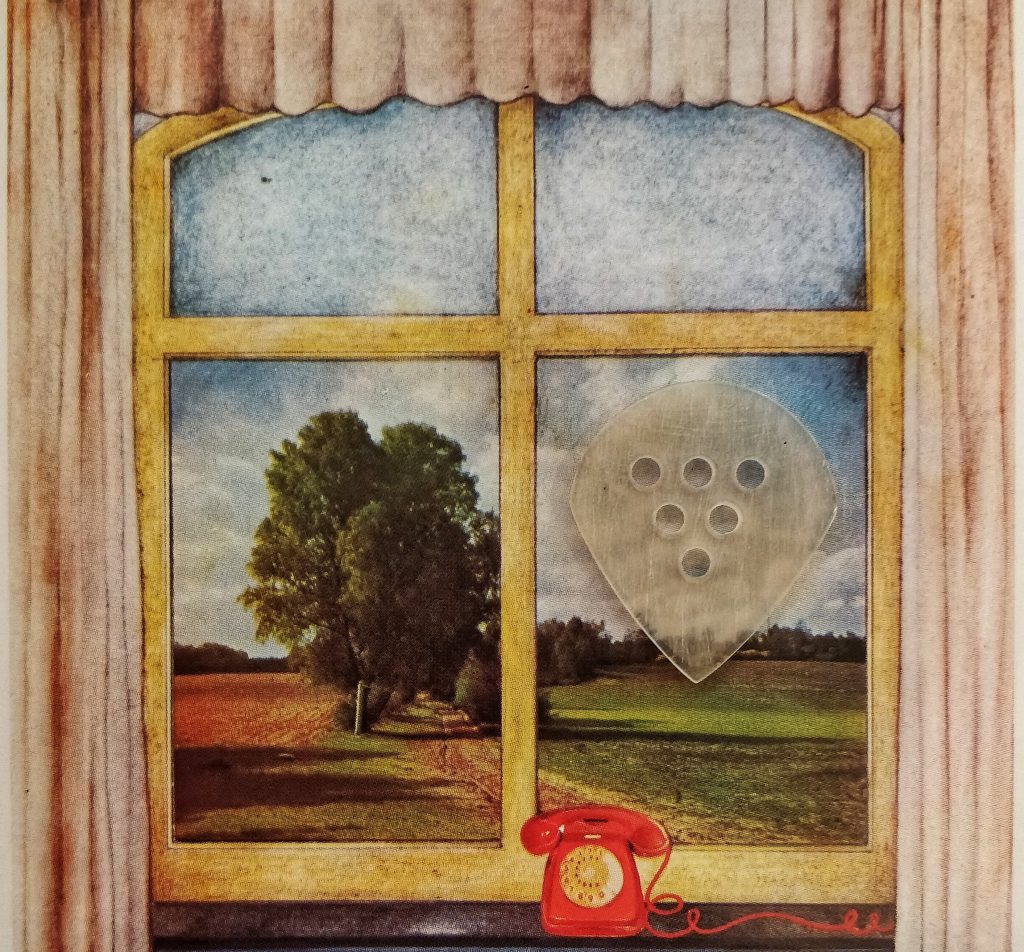 Signature plectrums are an interesting phenomenon. For the most part, artists seem to be content to whack a funny picture or their namesake on a totally bog standard plectrum, but there’s a few players that go the extra mile, and design or request something extra special. Joining the Petruccis, Abasis and Hammetts of the plectroverse is Ben Eller, YouTube maestro and 6-string slayer for Whitechapel, Unearth, Arc and more, with his 1.6mm Wizard Ergonomic from BHL Guitar Technologies.

It’s no surprise that a guitarist like Mr. Eller would gravitate towards the Jazz III, but it’s refreshing to see that the Wizard Ergonomic is significantly closer in shape to the Jazz XL. Seldom mentioned to the same extent as its more famous sibling, the XL is a more adaptable shape because of its wider shoulders, and its similarities to the Wizard are undeniable. However, do not be fooled into thinking they’re identical – the BHL is sharper, longer, and its broadest point is higher than that of its Dunlopian cousin.

Crafted from Ultem for durability, the Wizard has a feel that’s different to other picks of this material that I’ve tested in the past. Brock Little (the ‘B’ in BHL) has opted to give this magic slab a textured front and back, but has elected to buff the edges to an extremely high sheen. This means that you can see through the pick from the side, which is a nice touch. It also means that the striking edge is slicker than the gripping surface, and coupled with the sharpened tip, you’re dealing with a very fast pick indeed. The tip tapers very slightly right at the end, and as all of this contributes to the potential velocity, Brock gets an extra point for that level of detail.

Grip-wise, the Wizard sits in a bit of a Goldilocks zone. I rarely find picks that suit all players, so I’m going to refer to the grip here as ‘cordial’. The combination of the holes and that textured surface means that the plectrum isn’t sliding about, but nor is it clinging desperately to you. I get the feeling this was designed for speedy picking with a slightly relaxed grip, and I’ll tell you that under live conditions, it remained secure. I did find that I could move my grip around as I wished, and that whether strumming or trem picking, the Wizard did behave.

Tonally speaking, this pick is bit unusual. I’m used to Ultem’s hard, unforgiving nature, and although I’m fully aware that tapering it off and blunting the tip can lessen its extremity, this was much closer to a classic Jazz III tone than I was expecting. This is because the leading edge of the sound is slightly deadened, just like the III. Before you start losing the place, it’s worth remembering that the reason the III is so popular with speedy players is partly because of this – such an effect means that the pick is doing part of the damping for you, so when you get up to speed during solos there’s not so much note going on that it gets messy and confusing. The Wizard is less aggressive than you’d imagine given the material and tip, giving it a wider application than its Dunlop counterpart. Played side by side, Brock’s creation sounds more considered and defined, and it’s unequivocally faster.

I completely understand why Mr. Eller has plumped for this pick. Given his speed, right hand approach and dry, jovial style, the Wizard is a perfect match for him, but this doesn’t mean that’s all it can do. I found it pretty good for acoustic playing, though it’s more at home on the electric. It’s not an especially bright plectrum, though this is by design, and it does mean that the shreddier players amongst you will find yourselves tearing up the board without a care in the world. An understated barn-burner, this one.