Into View – Zoe The Pick Collector 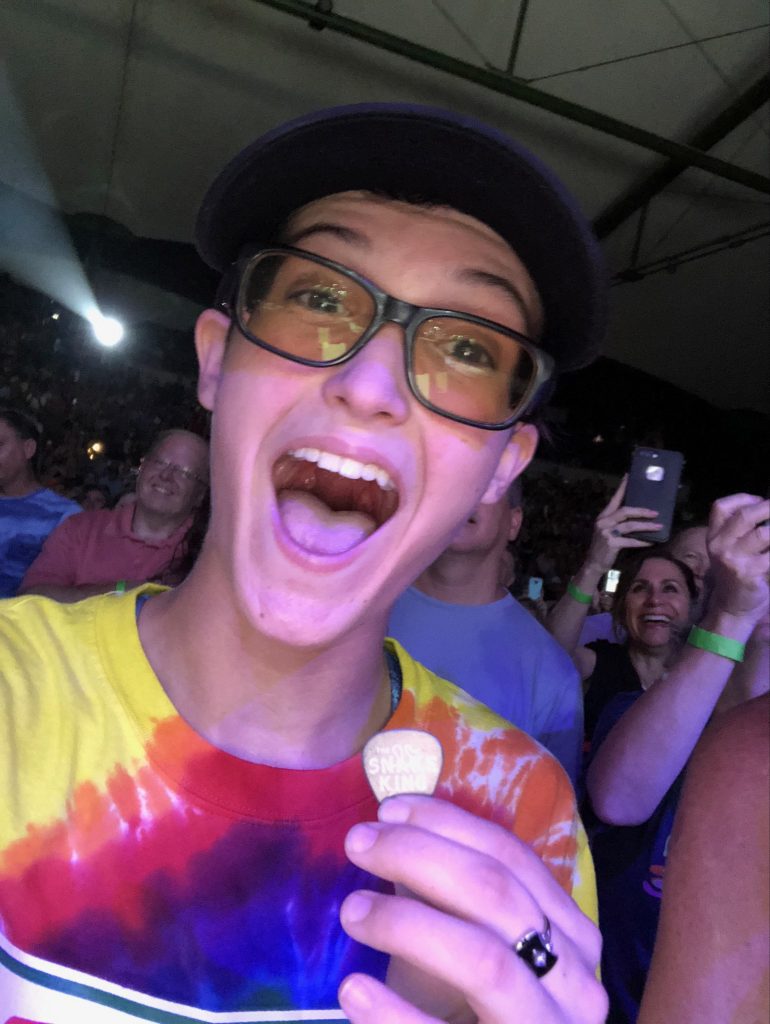 Collectors are found in all walks of life, and the discipline of pick collecting is one of the most exciting, partly because of the excitement around it being easily understood. Everyone can marvel at a plectrum from a particular artist, and it’s magical to know that this excitement extends to younger collectors, like Zoe Pastor. The Florida native has racked up some pretty serious finds, and came to my attention with a razor-blade shaped pick I saw on her Instagram (@zoethepickcollector). One email later, and Zoe’s here to tell her own story, so read on and discover the inspiration behind her collection.

HR – Thanks for talking to Heavy Repping! For those readers who don’t know, can you introduce yourself?

ZP – Hello! My name is Zoe Pastor, also known as Zoe The Pick Collector. I am 21 years old, and currently reside in Jacksonville Florida!

HR – Of all the things you could have chosen to collect, why did you choose picks?

ZP – As an avid concert goer, I got bit by the pick bug when I saw .38 Special when I was 7, and got my first pick from them! Even though it was a standard pick I was so happy to have it. I still have it actually!

HR – What’s your preference – vintage plectrums, modern plectrums, or a mix of both?

ZP – I collect a wide variety of picks but I do like seeing all the vintage ones, like picks dating back to the 40s and 50s, because of the history behind them and how far materials have come since then.

HR – Anyone who follows your Instagram (@zoethepickcollector) knows that you’ve met a few heavy players in this game. Who’s been the most exciting so far?

ZP – I have been very blessed being able to meet the people that I do, it’s happened because of the many people I have become friends with at the venues, my most exciting moment so far was meeting The Beach Boys, Mike Love and Bruce Johnston. I actually snuck backstage to meet them, and somehow got away with it. They both were very nice and Bruce gave me some really good advice.

There’s too many exciting experiences to name just one person, but I don’t think half of it would be possible if I didn’t have my own pick. It has opened a lot of doors and conversations.

HR – In all the picks you’ve collected so far, what’s been the most surprising? That razorblade thing is incredible.

ZP – I have many picks in my collection, but the most surprising ones so far are either Carlos Santana (which was given to me by his bodyguard after a show.) Another surprising one is John Stamos Beach Boys pick which is very rare. My friend was kind enough to pass down Layne Staley’s pick from Alice In Chains to me.

HR – What do your pals think of your collecting habit?

ZP – Most of my friends in the beginning didn’t understand the joys of collecting, but after going to a few shows with me, they learned real quick! They think it’s crazy the amount of picks I have but they always look forward to seeing the newest ones I get. I have met a lot of friends that collect picks also, so it’s nice that they understand and share the same passion.

HR – What prompted the choice of the Spiderman face on your own plectrums?

ZP – I have been a huge Spider-Man fan all my life, and most of my friends called me Spidey from a young age, so I decided to go with him as my first design. It has been a crowd favorite so far!

HR – I know this is a ‘piece of string’ question, but who haven’t you got your hands on yet?

ZP – There are a few from people who no longer are with us, such as Elvis and Prince, but if there was one person I’d love to trade with, it would probably have to be either Jimmy Page from Led Zeppelin or Alex Lifeson from Rush.

ZP – Everyone is really friendly and willing, I am amazed that I have traded my custom pick with people in 38 states and 42 countries. Also, the friendships that I have made! People I would have never been able to meet any other way, along with the heavy hitters that you mentioned.

HR – What’s been the most rewarding part of your pick-hunting career so far?

ZP – Definitely the people I have met and talked with.

HR – Much thanks for the interview, and all the absolute best on your Pickemon quest!

ZP – Thank you so much! It has been a pleasure to share!

You can follow Zoe’s collection on Instagram at @zoethepickcollector. If you’re a collector with a story to tell, get in touch!