Into View – Roopam Garg of The Surrealist 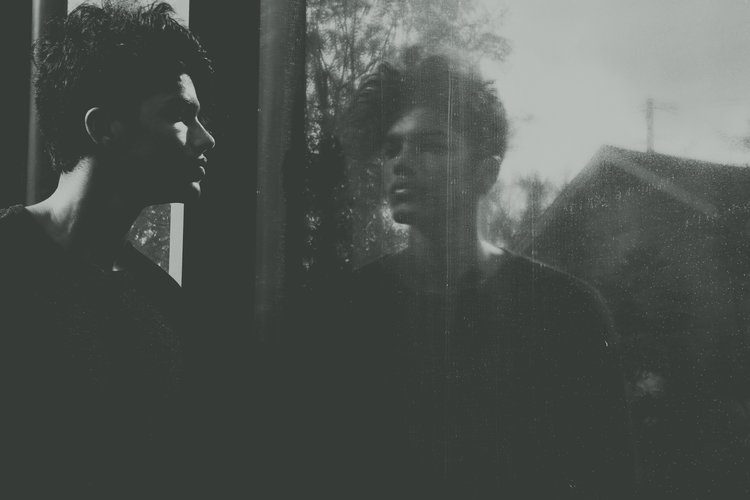 In the very first of a series of artist interviews, I get very lucky, and have a good chat with Roopam Garg, a player whose technique I don’t even understand. The Surrealist’s mainman has an approach that almost defies logic, and as his picks form a big, specific part of his tone, I approached him for an interview. What followed was pretty good, as we talk about stone, going drum-less and Linkin Park.

HR – Thanks for talking to Heavy Repping! How’s it going?

RG – Everything is great.

HR – The Surrealist have gathered quite the reputation in the last 12 months – how has that been? How did it feel being featured in Guitar World and on the Keisel Family wall at NAMM this year?

RG – It feels radical. I would have never thought any of this would be possible just months ago. It’s pretty crazy what’s been happening.

HR – You’ve been quite pleased about your relationship with modern day champions Keisel – how did that relationship come about? What do their guitar do for you that others don’t?

RG – What drew me to Kiesel was the fact that every one of their guitars is custom and made to order. This approach to manufacturing really speaks to me, as it allows the artist’s individuality to shine through. Kiesel offers a myriad of possibilities, so every guitar is unique to you and serves your artistic needs.

HR – You’ve been using Stone Age Guitar Picks (@stoneageguitarpicks) for a while – what drew you to them? What picks were you using before?

RG – Stone Age Picks might be the most synergizing picks I’ve come across for what I do, and I feel very fortunate that the founder- Matt Halliday- knew that his picks would would work for me. He contacted me about a year back asking if I’d be interested in trying out his picks. I was just about to endorse another pick company, so Matt came in at the most disruptive time. The timbre of the agate stone that Matt employs is incredible. They look, feel and most importantly sound refreshing. They transform the strings into silk.

HR – You’re quite a light picker, and that breathy top end seems to be quite a big part of your sound. How important do you think plectrums are to achieving what you want to say?

RG – For some of the newer techniques I’m still working on – the sweep harmonics for example- it’s vital for me to be able to feel the scrape and feedback of every string- something that the Stone Age picks really enhance. The contact between metal and stone produce something more delicate and feather-like, something that works really well with the material I’ve been writing with The Surrealist.

HR – Why do you think that players are starting to take more time and effort with their rigs and embrace more modern aspects of equipment?

RG – Equipment is not something I pay too much attention to. I focus on the basics and then pay more of my attention on finger tone.

HR – How deliberate was the decision to make The Surrealist an instrumental band?

RG – I wouldn’t actually call us an instrumental band anymore, or even a band. just like you wouldn’t call Hanz Zimmer or Angelo Milli instrumental musicians. They’re simply composers. We’re simply two composers. The Surrealist is going in a more focused, ambient experimental, direction. There’s no more drums- to the dismay of some of our fans. I found myself incorporating drums solely because that’s what “you’re meant to do” in progressive metal. But this actually takes away from the essence of the guitar ideas, which is something I want to shine through. We also do employ voice in our music, just not in the most obvious ways. But I don’t see us ever incorporating traditional lyrics into our music. I’m not really a fan of language to begin with.

HR – You do a lot of looped work online – can you take the readers through your writing process?

RG – I love working with ostinatos. I typically start with one ostinato then build upon it with another. You feel like an architect that builds upon previous structures. It’s more of a vertical approach to composition than horizontal. There’s something very meditative, introspective and tribal about it. It’s analogous to traveling without moving. I love exploratory the same idea from multiple angles, such as displacements, permutations, variant and subordinate motivic structures, and modulations. A lot of the inspiration stems from minimalism and ambient works.

HR – Who are the players that inspired you to pick up the instrument? What drew you to develop the techniques that you use in your music?

RG – The first ever band I was really into was Linkin Park. Brad Delson’s guitar playing is so distinctive and so well within the context of the band. I didn’t know it then, but his use of lush 9th chords and other voicing were something I absolutely adored and wasn’t hearing anywhere else. His approach to playing is also very textural- almost electronic.  It’s as if his intention is to build a soundscape rather than just strike chords. My Chemical Romance is another example of a great band that has incredible guitar playing- not necessarily from a “virtuoso” perspective, but because of the interplay between Ray Toro’s and Frank Iero’s guitar playing. I recall being so engrossed in their music that even if both guitarists were playing the same thing, I would know who was playing which part, simply from their finger tone. That was a huge lesson for me. Eventually I discovered Animals As Leaders and that – without sounding too hyperbolic – literally changed my life. The level of just revelation from listening to their first album is something that will stick with me for the rest of my life. The level of artistic intent, integrity and innovation from all of their music is unparalleled.

HR – What’s been the most rewarding moment in your storied career so far?

RG–  Probably the best highlight was being validated as a musician by my guitar hero Tosin Abasi of Animals As Leaders. When I saw him at NAMM in 2018 and played his guitars, he said he loved what I was doing, which meant everything to me. Tosin is the reason why I decided to go down this path of being an artist. I can’t even begin to describe to you how much his music and artistry means to me. He is the very embodiment of being the game changer that changed how the guitar would be played forever. But it wasn’t just his guitar playing, but the thinking that went behind it. The intention to innovate and expand the possibilities of music; that’s something I’m trying to chase. So to have someone of that caliber like what you do is somewhat astonishing.

HR – As we’re into a fresh new year, what’s on the cards for you in the next 12 months?

RG – We have so much music material we’ve been exploring. And I’ve been super restless to get it out there. A lot of what we’ve been working is some of the most experimental yet beautiful things we’ve made. I can’t wait for people to experience it. We also finally plan on releasing some merch this year. It took way too long to find designs that I’d be happy with). I want to have merch that I’d love to wear myself.

HR – Thanks for taking the time to talk to Heavy Repping! – I really appreciate it! The best of luck with everything.

RG – Thank you for the interview.