International Waters – Improvisation And Beyond (for Break The Machine) 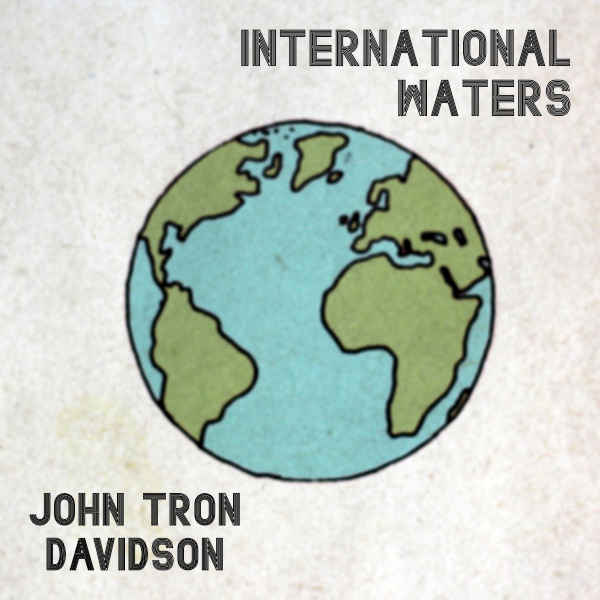 I was tasked with writing an article for www.breakthemachine.co.uk about improvisation, which I was thrilled to do. What follows is part of my take on this phenomenon, and how to broaden your approach regardless of your style. Make sure to check out Andy’s fabulous site for all your boutique pedal needs, as he carries some tremendous bits of machinery.

One of the most frustrating things about the guitar – over most other instruments – is that it’s very easy to get stuck in conventions. If you’re an originals player, you may find that when you’re carving out new material that your songs veer fairly close to one another, or that your timing and cadence are more uniform than you planned. This is especially true of playing in Drop D, where your songs will end up riding that key as a default. To allow you access to the rest of the map, in this article I’ll be suggesting some ideas for improvising that’ll help with both songcraft and solos, so go in with an open mind.

The proliferation of quality practice amps and your secret belief that your neighbours love your playing means that it almost becomes a default to play with all your kit plugged in. Playing unplugged can have a massive impact on your melodic content, especially if you play without a backing. Suddenly, your high bends and glorious legato runs can sound a bit empty, and striking each note fully counts for much more. As an example of how one guitar can sound magical with a robust melody while not doing much, have a listen to ‘Lord I Hate Your Day’ by Grails from their first album, The Burden Of Hope. This practice will also draw your attention to any shortcomings your technique may have when you’re trying to play quickly, and you’ll start to build more confidence as you strike each note more cleanly.

It’s not just Drop and DADGAD – the guitar is full of alternative tunings that break you out of your comfort zone. A new tuning makes you think differently about melody, your finger patterns, shapes, scales and chords, and does a great job of taking you out of your conventional movements. Those of you who like a bit of Keef will have heard plenty of his 5-string Open G tuning, but there’s all sorts of other options on top of this. Robert Fripp, no stranger to doing things differently, invented a tuning called New Standard, which runs CGDAEG, and makes everything sound completely different immediately – players like Nick Drake (CGCFCE) and the late Chris Cornell (many, many tunings) used alternative tunings not only to write songs, but to alter their approach to standard. There’s a cracking resource at http://jguitar.com/tuning which lets you hear what tunings sound like before you tune to them, as well as giving you ideas as to what to try. If you’re feeling brave, try Nashville tuning, which involves taking all the ‘other’ strings from a 12-string pack and tuning in standard. This way everything you know will still work, and your every move will sound alien and familiar at once.

Part of the reason that it’s so easy to get stuck in a rut is the temptation to play over certain types of backing. If you spend your time wailing over ‘Dramatic Ambient Blues Track in C#’, you’ll get used to certain conventions, chord changes, and timings. The next time you find yourself scouring YouTube for something to play over, try a drone. Not only does this prevent you from being in a selected rhythm – because there isn’t one – but it lets you try out everything you know around a single, unyielding core. You’ll be able to hear how certain chords sound in the context of the drone, where your solos fall in relation to the selected key, all while training your ear to recognise that note and understand what works around it. To get an idea of how hypnotic and engaging this can sound, check out this stonking throwdown of Ustad Shahid Parvez and Ojas Adhiya at the world-renowned Darbar Festival tearing it up on the sitar and tabla – https://www.youtube.com/watch?v=ed4SIvGjqNI

If you’re a musician of any kind and you don’t own a looper, you’re mad – mad as a brick loaf. The ubiquity of people like Ed Sheeran and the demonic practice of body percussion might put you off, but buying a looper could be the best money you’ll ever spend. To build confidence in your compositional abilities, record your bottom layer, then turn on the overdub function and do everything else on top in one layer. Once you can’t add any more, press undo and listen to what you started with – it’ll put everything you just did in perspective. Any looper that does quantization is a massive plus, as it’ll let you get confident with locking into grooves, writing parts with less in that mean more, allow you to practice harmonising without having to worry about any other players and give you a better understanding of how things go together, all while being relatively forgiving when it comes to your timing.  Should you really want a wake-up call when it comes to your timing, get a looper that doesn’t quantize – this way if you’re wrong, you’re actually wrong, and however good you think your internal metronome is, it’ll put the wind right up you. As an added bonus, loopers are not instrument-specific, so if you want to bang a whole load of stuff into them, they’re great for building up scratch demos of songs without having to use a DAW.

Think about all the guitarists that you’re into, now ask yourself this – when was the last time you tried learning a saxophone part? What about the violin? A great way to get some fresh perspective on your lines is to try and cop the licks off instruments other than the one with which you are familiar. The very nature of how instruments outside the guitar are set up when it comes to common intervals, phrasing and composition mean that it can be incredibly difficult trying to copy them, but in doing so you’ll likely end up going down a path you’ve never travelled. If you’re already a shred-orientated cat, try taking on some Charlie Parker in his be-bop hayday, or have a crack at the phrasing and timing chops of a pianist like Brad Mehldau or Sun Ra. Alternatively, listen to drummers demonstrating grooves and patterns on YouTube, and try to match their accents and syncopation with your right hand.

Gazing at your pedalboard is a common practice in these days of unbelievable choice, when you can do just about anything, but even with all those options you can still get stuck with the same types of sounds. This section should really be in three parts, but the main suggestions are as follows: firstly, take any ‘spare’ pedals you have (read: the ones you don’t use) and swap them in for your regular setup. Doing this will not only re-acquaint you with old friends you didn’t know you had, but as pedals unequivocally make you play differently, you’ll find yourself playing different lines, and likely jamming over the music you associate with those pedals, which can be great if you haven’t used them in a long time. Secondly, try re-ordering the stuff you always use. Running your drive after your reverb is quite an experience, and re-ordering units will definitely lead you to sounds you haven’t used before. There’s only suggestions when it comes to setups – it’s not an iron-clad rule. Thirdly, buy something new – take a risk on some mad thing you’d never normally use and put it in place of that pedal you don’t use that much (you know the one I mean). I’ve had a Dan Armstrong Green Ringer clone on my board for the last few years, and despite it having no controls whatsoever, I find that I use it all the time, and it gives me somewhere distinctive to go, whether driven or clean.

These are just some ideas of course – there are many other ideas, like choosing three notes in all the octaves and trying to write a solo with only them, but even doing a couple of the things mentioned above will put you in a different headspace, so give them a try, and remember: there’s no one way to do this. The players that really leave a mark did their own thing and it took a while for people to catch up, so blaze your own trail and go there. If you’re not free when you’re making music, what are you doing?